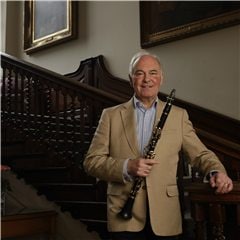 David Campbell is internationally recognised as one of Britain’s finest musicians. Much of Campbell’s early career was spent as a clarinettist in the field of contemporary music as a member of Sir Peter Maxwell Davies’ chamber ensemble, ’The Fires of London’. Over recent years David Campbell has developed the solo and chamber music strands of his career, performing in over forty countries with leading orchestras and ensembles. His repertoire is wide-ranging but he still champions new works, many of which have been written for him.

Recent engagements have included concerts in the Czech Republic, Venezuela, the USA and Mexico. Premières over the past few years have included concertos, written for him by USA composers, Peter Lieuwen ,and Charles Fitts, as well as clarinet quintets by Richard Blackford Roger Steptoe and Gareth Churchill and a septet by John Metcalf. In June 2010, David gave a series of televised masterclasses at the Domaine Forget International Academy in Charlevoix, Quebec.

David Campbell particularly enjoys the genre of the Clarinet Quintet and has appeared as a guest artist with many fine string quartets including the: Bingham; Bridge; Brodsky; Copenhagen (Denmark); Coull; Danubius (Hungary); Delme; Emperor; Endellion; Fine Arts (USA); Maggini; Medici; Solstice and Tippett. Recently, David toured the UK extensively with the prize-winning Sacconi and Solstice Quartets. The finest player of his generation! - Jack Brymer As well as numerous broadcasts over the past thirty years, David has made many CDs including two versions of the Mozart Concerto with the City of London Sinfonia and Royal Philharmonic, two versions of the Brahms Clarinet Sonatas as well as the Mozart and Brahms Quintets, Messiaen’s ‘Quartet for the End of Time’, two albums of music by Charles Camilleri, the Bliss Clarinet Quintet, Phillip Cannon’s Quintet, ‘Logos’ and works by Martinu, Maxwell Davies and Carey Blyton.

His recording of Peter Lieuwen’s ‘River of Crystal Light’ was released in May 2007 and the following year ‘Reflections’ - Clarinet Concertos by Carl Davis, Gerald Finzi and Graham Fitkin with the Aurora Orchestra, conducted by Nicholas Collon. In 2010 a recording of the Septet by Welsh composer, John Metcalf, was issued to great critical acclaim and Richard Blackford’s Quintet, “Full Moon” will be released on the Nimbus label in June 2012. A recording of Roger Steptoe’s Quintet is planned for 2013.

David Campbell is also passionate about music education. He holds positions as a ‘Visiting Professor’ at Canterbury Christ Church University and ‘Head of Woodwind’ at Westminster School. Since 2002 David has been Artistic Director of Musicfest, a combined summer school and festival in Aberystwyth. He also gives a week of masterclasses at Dartington International Summer School.

David Campbell is the UK Chair of the International Clarinet Association, and has represented the UK at the international clarinet conferences in London, Quebec, Ghent, Lubbock, Paris, Ostend, Salt Lake City, Stockholm, Vancouver and Oporto and Lincoln, Nebraska in 2012. He is Chair of the Clarinet and Saxophone Society of Great Britain. 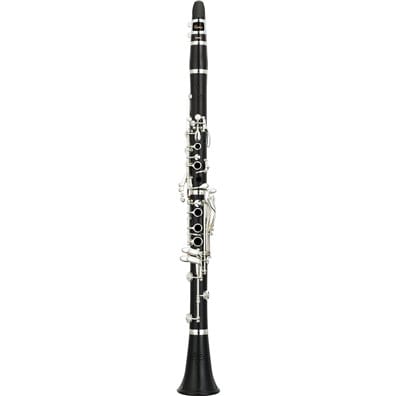